How did Lynda become LinkedIn Learning?

Lynda.com has long been one of the leading and biggest course websites on the internet. The website was also one of the first online course platforms as it started offering online courses in 2002. Their library of courses grew quickly and they had already passed 100 courses in 2004. In 2013, they got their first outside investment which meant that they were able to create more courses at an even faster rate to which they now offer over 15,000 different courses covering all kinds of topics from web development to graphic design.

In 2015, LinkedIn announced that it intended to acquire Lynda.com for over $1.5 Billion which went through in May 2015. After this acquisition, Linda.com still operated mostly independently from LinkedIn as they kept with the original Lynda branding and website. It was only until LinkedIn itself was acquired by Microsoft in 2016 that things really changed for Lynda. Namely in 2017, when Lynda was finally merged and renamed “LinkedIn Learning”. It was only in 2019 however, that the site that now was LinkedIn Learning, would be fully integrated with LinkedIn.com. This meant that users would have to have a LinkedIn account to access the LinkedIn Learning Library. This move was met with quite a lot of criticism by users and even the American Library Association.

What has changed in LinkedIn Learning compared to Lynda?

When Lynda was merged into LinkedIn Learning, in the beginning, not much had changed. It was only after a few years that you really began to notice that the course platform was owned by LinkedIn. Currently, you can clearly see that the site fully is integrated and a part of LinkedIn. This integration took a few years but it was clear from the beginning that that was the direction they were headed. Now, you can’t directly see many elements of Lynda that have remained but it’s still actually much like Lynda in a way. In terms of changes that were made to the platform, it is mostly visual. All Lynda logos, colors, and branding have been replaced by the Linkedin logo and blue branding. This may take some time to get used to if you’re used to Lynda.com but shouldn’t be too big of a problem. 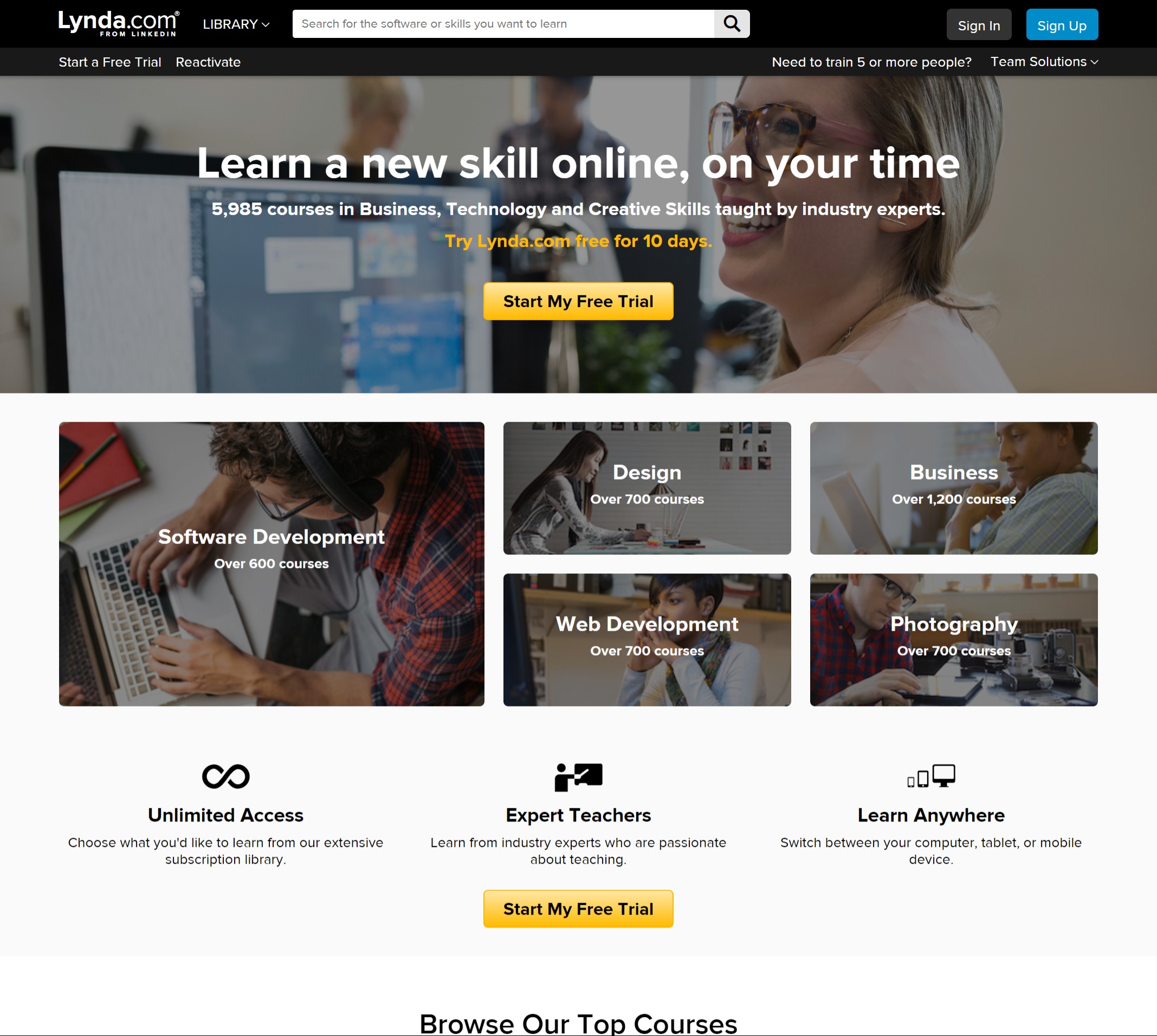 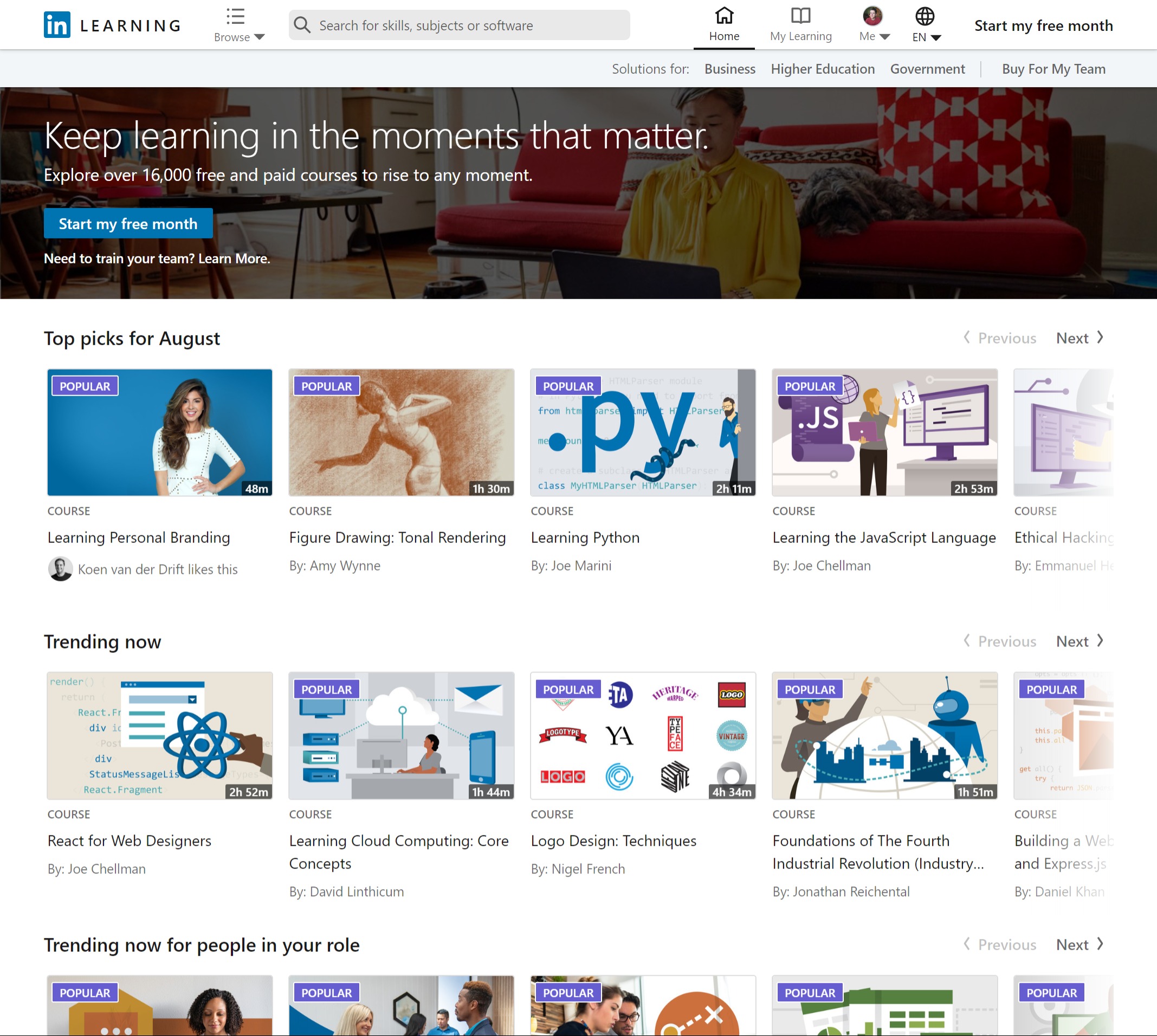 What has stayed the same for LinkedIn Learning compared to Lynda?

One thing that has been quite a significant change, but one that wasn’t unexpected by many users once LinkedIn bought Lynda, is the integration with LinkedIn. It’s pretty clear by the name that LinkedIn’s intention when buying Lynda was to integrate it with their existing products. The deeper integration means that you now can log in with your existing LinkedIn account and no longer need a separate Lynda account. This is also the case with the instructors on the platform. Now you can very easily see and verify the credentials of your instructor by looking at their connected LinkedIn profile. Another advantage is that you can now more easily display the certificates given out by the individual classes, on your LinkedIn profile. After all, it all clearly made sense for LinkedIn to have bought Lynda.com. Because LinkedIn is mainly focused on people’s careers, learning new skills is an important part of that.

If you are interested in giving LinkedIn Learning a try, we’ve got a special offer that gives you the ability to try out LinkedIn Learning for free for a full 30 days. It can’t hurt to try the platform out for some time and if you don’t like it, you can cancel whenever you want.